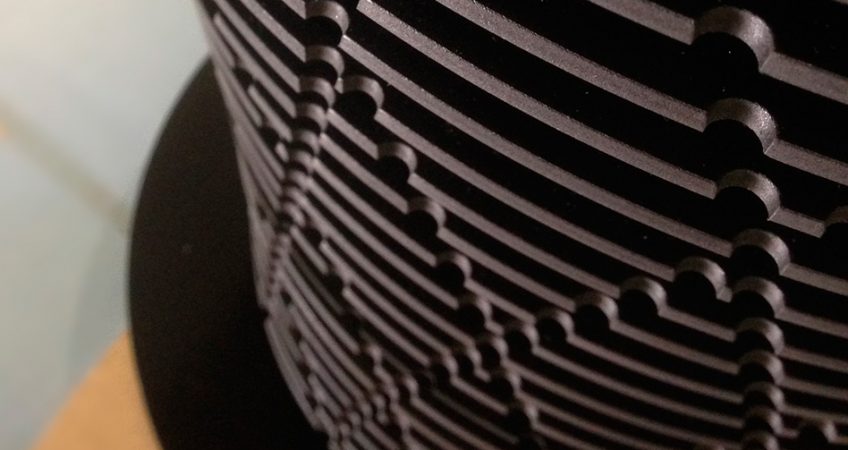 We recently had the privilege of working for Mediapro, FEB FIBA And, during the gala for 2014 World Cup draw Basketball Day held last February 3, 2014, at the Palace of Music in Barcelona.
We were commissioned to design the bases for the cup finalist for the official ball for the drums of the 2014 World Cup Draw and music stands for presenters of the event.

The shape of the bases is inspired by the drawing that creates a basketball in space. This idea has been developed through parametric design, resulting in a series of discs of different measures that make up the drawing. To support this idea, the song of the discs was modified by different semicircular cuts, with a unique positioning for each unit. The result once built, is a volume in the shape of the printed network subtly basket, giving a very interesting visual effect.
Based on the modulation of the base of the ball, whose measurements are accurate to a basket, were designed, other bases for different uses, achieving balance and unity in the set.
Lecterns follow the same concept. They are designed with curves with the design drew the bases, as a starting point. The final design was a piece of manicured friendly ways to play with the stage light endings.
All elements are made of aluminum and black pvc.